MP: Third Cheetah Launched into Acclimatisation Enclosure in KNP; Remaining 5 to Be a part of Them This Month 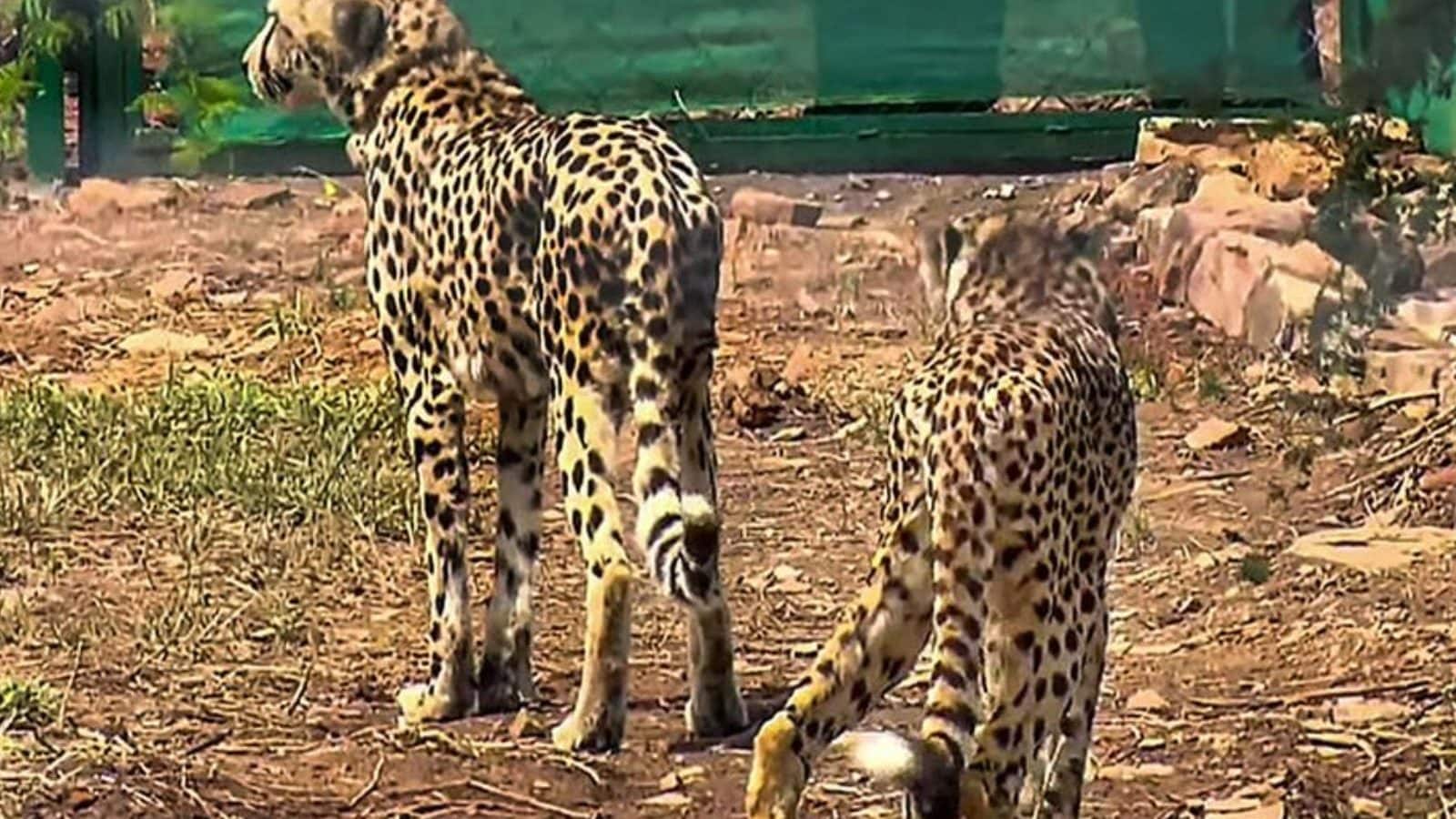 The final cheetah died in India in Koriya district in present-day Chhattisgarh in 1947, and the species was declared extinct from the nation in 1952.

The variety of cheetahs which have been moved from their quarantine space into the acclimatisation enclosure in Madhya Pradesh’s Kuno Nationwide Park reached three on Friday after huge cat Obaan joined male siblings Alton and Freddie, a senior forest official stated.

Eight cheetahs have been flown into the state from Namibia in southern Africa on September 17 as a part of an formidable initiative to reintroduce the large cat into the nation they usually have been launched into the quarantine zone in KNP by Prime Minister Narendra Modi.

“Obaan was launched into the bigger enclosure, unfold over an space of 5 sq. kilometres, from the quarantine zone as we speak. Elton and Freddie have been moved to the acclimatization enclosure on November 5,” KNP Divisional Forest Officer (DFO) Prakash Kumar Verma informed PTI.

The opposite 5 cheetahs would even be shifted to the massive enclosure this month, officers stated.

Since September 17, the eight cheetahs, comprising 5 females and three males within the 30-66 month age group and named Freddy, Alton, Savannah, Sasha, Obaan, Asha, Cibili and Saisa, have been housed in six ‘bomas’ (enclosures).

The final cheetah died in India in Koriya district in present-day Chhattisgarh in 1947, and the species was declared extinct from the nation in 1952.